Nelson and Winthrop make me think of

Gary Indiana is not one of my favorite places and Ronnie Howard can’t carry a tune. And I have no idea why that woman is doing pirouettes in a bikini in the Nelson video.

Roy Campanella was a catcher for the Brooklyn Dodgers. His mixed-race parentage kept him out of the major leagues until 1948. He caught 3 no-hitters over the course of his career which was cut short by an auto accident in 1958. The accident left him paralyzed and the Dodgers moved to Los Angeles for the 1958 season.

Communist Bloc is difficult. Do I include Cuba? Is it just the Eastern Bloc?

My own perception is: Poland, East Germany, the Baltics (Latvia, Lithuania, Estonia), Bulgaria, Hungary, Czechoslovakia, Romania, Albania, and sometimes Yugoslavia. So, I guess more Eastern Bloc than anything else.

Probably my first personal identification of the Communist Bloc was watching Walter Cronkite talk about the declaration of Martial Law in Poland (December 13, 1981). I really didn’t understand what was going on, but I remember thinking it seemed important. Not tragic (although at least 100 people were killed in the military response to the public demonstrations), but interesting. Probably the first time I ever thought about the concept of justice.

Somewhere in the mid-80s I had a teacher from Lithuania (?) for social studies (?). I distinctly remember wondering how the hell she made it from Lithuania to small-town Minnesota.

I also remember seeing female Olympic athletes from East Germany. I don’t want to write anything more about them because those dudes still give me nightmares. 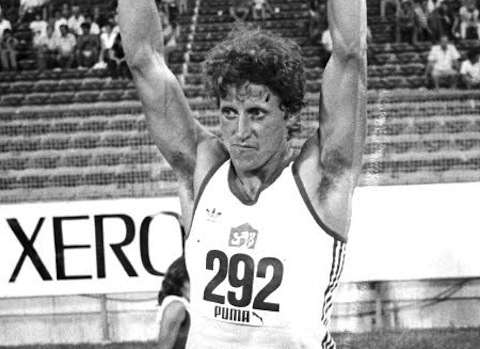